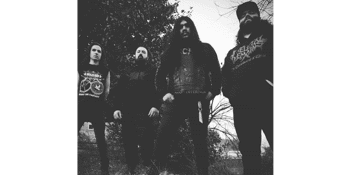 To Be Announced
The Basement - The Abyss (Belconnen, ACT)
Sunday, 13 November 2022 7:00 pm
179 days away
18 Plus
Heavy Metal
Music
Send this event to
Californian Death Metal Aggressors SKELETAL REMAINS are set to tour Australia and New Zealand for the first time ever this November 2022.

Influenced by the death metal legends of the late 80’s and early 90’s, SKELETAL REMAINS have been inspired by the likes of Pestilence, early Gorguts, Death, Obituary, Morbid Angel, Sepultura, Disincarnate, Cannibal Corpse, Monstrosity, to name but a few, and created their own vicious and powerful sound.

Originally forming under the name “Anthropophagy” back in 2011, the band quickly changed their name to “SKELETAL REMAINS” releasing two acclaimed albums via German label FDA Rekotz whilst honing their skills on the road, playing an impressive amount of gigs and tours early on in the band’s career.

In 2018, the band took the proverbial next step, releasing their third record, “Devouring Mortality”, on Dark Descent in North America and Century Media internationally.

Having toured with the likes of Obituary, Hatebreed, Municipal Waste, Power Trip, The Black Dahlia Murder, and many more, SKELETAL REMAINS have succeeded in building up a loyal following worldwide and will now excite their supporters once again with a strong sonic statement.

If you want timeless and uncompromising death metal with class, look no further!